Canada is full of amazing outdoor wonders. Here are 10 places just waiting to be discovered by you.

Canada, the world’s second largest country is one of the most under visited destinations. The North American country has some pretty amazing facts, and tons of natural beauty to experience. Did you know that Canada has the world’s largest coastline? With over 202,080 km of coastline, stretching from the Pacific to the Atlantic, add Canada to your bucket list of must-see natural beauties in the world.

If you love the outdoors, Canada is a wonderful world of natural delight, with even their tap water producing higher quality water than most bottled waters sold in stores. Check out some of the most naturally beautiful destinations in Canada you can see for less with great flight deals from Skyscanner!

Only minutes away from downtown Vancouver lets you experience the natural splendor of British Columbia. The Bridge crosses to towering evergreens, cedar-scented rainforest air and Treetops Adventure, 7 suspended footbridges offering views 100 feet above the forest floor. The new Cliffwalk follows a granite precipice along Capilano River with a labyrinth-like series of narrow cantilevered bridges, stairs and platforms and only 16 anchor points in the cliff supporting the structure! Ever wondered how birds view the world? You’ll definitely experience a bird’s eye view of the world from here! 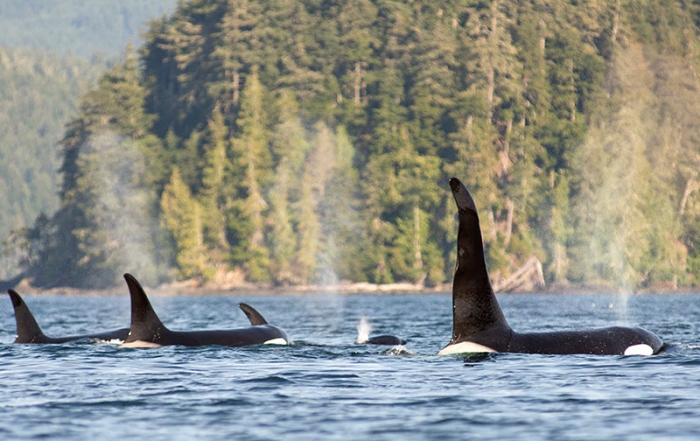 Attend a guided tour with many different tour companies to choose from, to see some stunning, action packed whale watching! Spot killer whales, porpoises, seals, eagles and other wildlife amid the stunning scenery of Canada’s southwest coast. Begin your journey in the picturesque, historic fishing village of Steveston and travel through the spectacular Gulf Islands and San Juan Islands. Killer whales migrate to coastal British Columbia between May and October to feed on the salmon that return to the Fraser River to spawn. There are three pods (families) of approximately 80 killer whales that return to the area every year, so spotting them is basically a given! 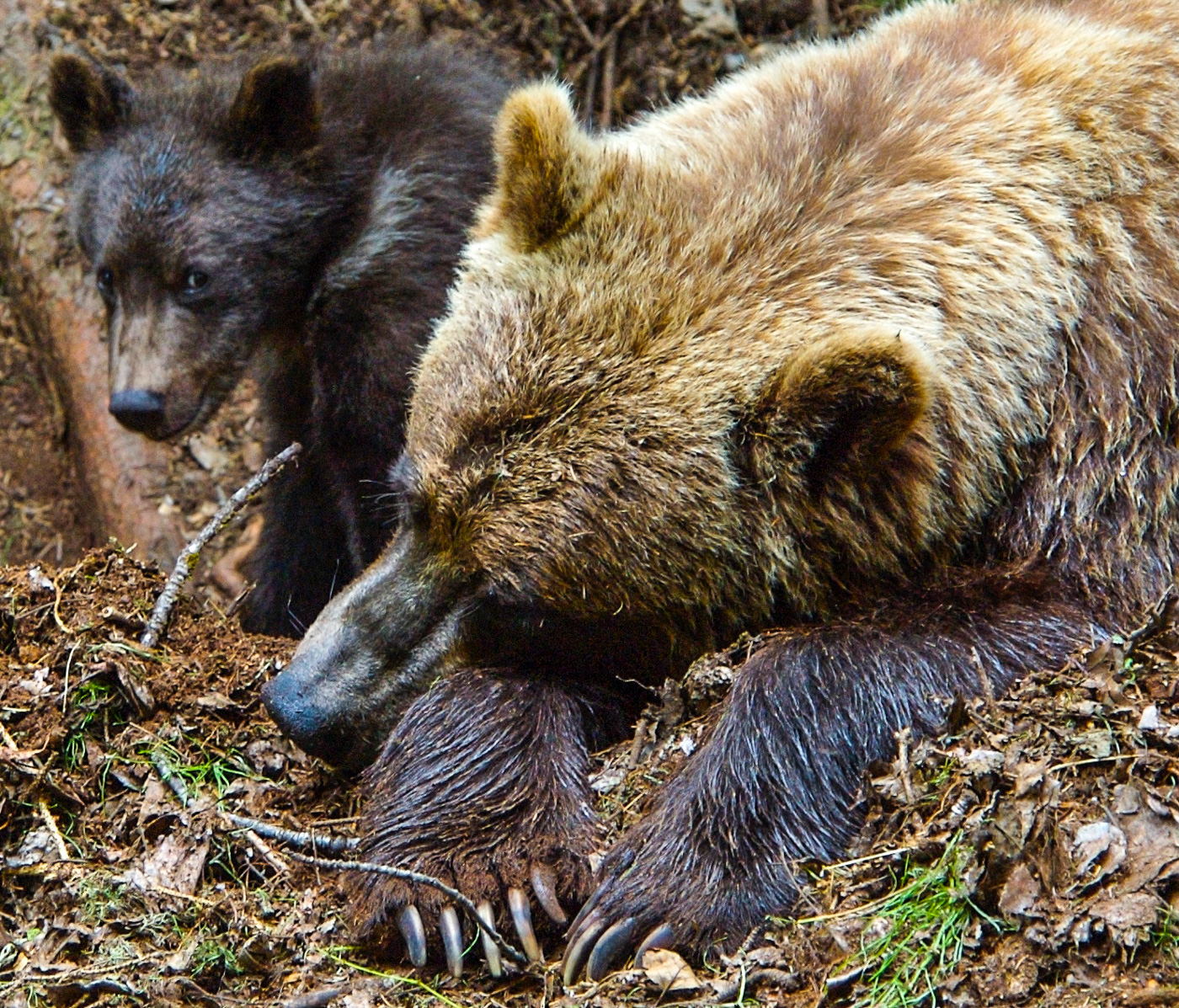 Situated in northern British Columbia, Muskwa-Kechika is a globally significant area of wilderness, wildlife and cultures. It’s a place where world-class integrated resource management is practiced to ensure that resource development and other human activities take place in harmony with wilderness quality, wildlife and dynamic ecosystems on which they depend. In other words, they want to keep Muskwa-Kechika beautiful, and pristine! Expansive forests, spectacular geological formations, lakes, rivers, waterfalls, hot springs, sub-alpine and alpine areas and major wetlands all make up the area. First Nations have inhabited the region for thousands of years using the land traditionally for living, hunting and gathering. In addition to these activities, First Nations in the area developed distinct cultural and spiritual beliefs and customs. There are many things to do in this protected ecosystem, wilderness or car-accessible camping in spectacular natural settings, single or multi-day hiking treks through backcountry, cycling along city paths or mountain biking down steep vertical terrain. One can even go golfing on courses set against dramatic, panoramic vistas, or try rounding up cattle. 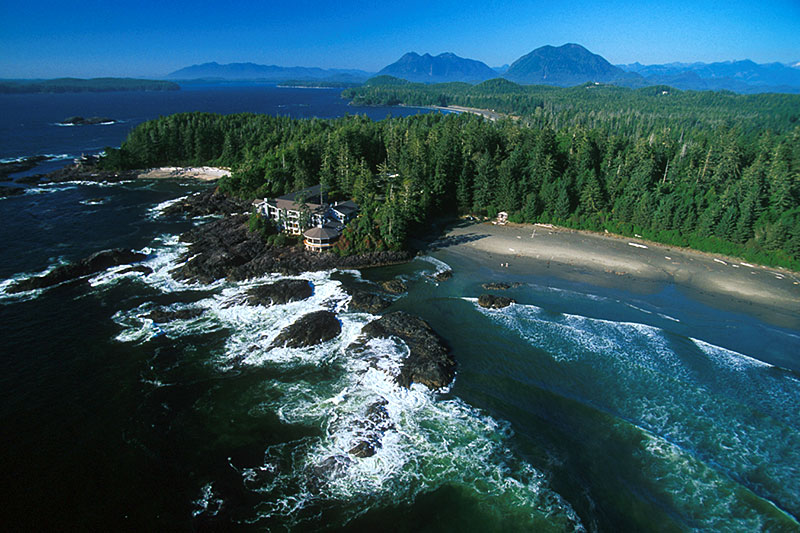 A Former hippy hangout turned soft-eco resort town, Tofino is a watersport-enthusiast’s mecca of adventure and killer waves. It’s no wonder Tofino is the region’s most popular outdoor hangout. Surf fans and other visitors keep coming back year after year, since it’s packed with activities and blessed with stunning beaches. Accessed by tour boat or kayak, Ahousat is a remote and mystical location of the spectacular Wild Side Heritage Trail, a moderately difficult path that traverses 10km of forests, beaches and headlands between Ahousat and Cow Bay. There is even a natural warm spring on the island, where campers flock, to get away from the masses, and get down and dirty with nature. Also accessible via kayak or tour boat from the Tofino waterfront, Meares Island is home to the Big Tree Trail, a 400m boardwalk through old-growth forest that includes a stunning 1500-year-old red cedar. With tons of restaurants, museums, and hotels on in the Tofino area, it’s best to hop around to the different areas to experience all it has to offer.

The first provincial park in Ontario, protects a variety of natural, cultural, and recreational features and values. As one of the largest provincial parks, Algonquin is diverse and offers something for nearly everyone. Vast wildlife, water activities, hiking and planned activities are all part of a typical day at Algonquin. Backpacking and camping is very popular throughout the park, as well as boating, dogsledding and snowmobiling, depending on which part of the year you visit. Algonquin is home to over 40 mammals, over 30 kinds of reptiles and amphibians (none venomous), and more than 130 breeding birds. One cannot expect to see all of them in a single visit but, by following a few guidelines, it is possible to see a good sample. If the desert landscape tickles your fancy, head north of Montana to the Big Muddy Badlands of Saskatchewan, for natures beautiful architecture of caves, buttes, and an undeniable outlaw feeling of the Wild West. In the heart of Big Muddy, you’ll find Castle Butte, a relic from the ice age, rising 70 meters in height, it served as a landmark to First Nations people, the NWMP and early settlers. Big Muddy encompasses centuries of history and a large part remains untold. Evidence of early civilization can be found throughout the area in the form of stone effigies, ceremonial circles and ancient buffalo jumps. Check out the Cypress Hills for a cowboy camp, or just some fun zip lining. The Grasslands area offers grass-covered cliffs, with free roaming wildlife, such as buffalo! Bird watching and other outdoor activities are vast in this part of Canada. And Lake Diefenbaker offers boating, kayaking, and other water activities. There is a lot to experience in Saskatchewan, so be sure to stay for a couple days! 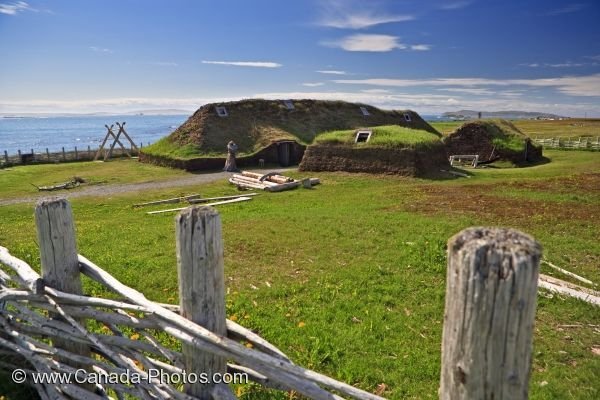 In 1978, L’Anse aux Meadows National Historic Site became part of the United Nations Educational, Scientific and Cultural Organization (UNESCO) World Heritage Sites, as the first and only authenticated Norse site in North America. For the past five thousand years, many groups of people have lived in this area, including a small group of Norse sailors. The remains of their camp, discovered in 1960, is the oldest known European settlement of the New World. The reconstructions of three Norse buildings are the focal point of this archaeological site. You can explore the Viking lifestyle, artifacts, and the archaeological discovery of the site. Visitors can also explore the hiking trails to nearby bays and lakes. It is truly the perfect afternoon for a nature lover, and a history-buff to explore the beautiful visuals, and experience an amazing era of history. Located in Banff National Park, Lake Louise is a glacier lake of unusual and beautiful colors. In general, Banff National Park is a great starting place, as it has a healthy combination of unspoiled wilderness, modern amenities and opportunities for active exploration. Lake Louise is just one spectacular stop off within the park. This alpine lake, known for its sparkling blue waters, is situated at the base of impressive glacier-clad peaks that have long been at the heart of Canadian mountaineering. At about 2.5 kilometers long and 90 meters deep, the lake offers a surreal paddling experience in the warm summer months and one of the most scenic skating rinks in the world in winter. There are tons of activities, all year round. Try hiking, whitewater rafting, horseback riding or skiing. Numerous festivals happen at the park all year round, including Lake Louise Pond Hockey, MEC Ice climbing Festival, or the Subaru Banff Triathlon! 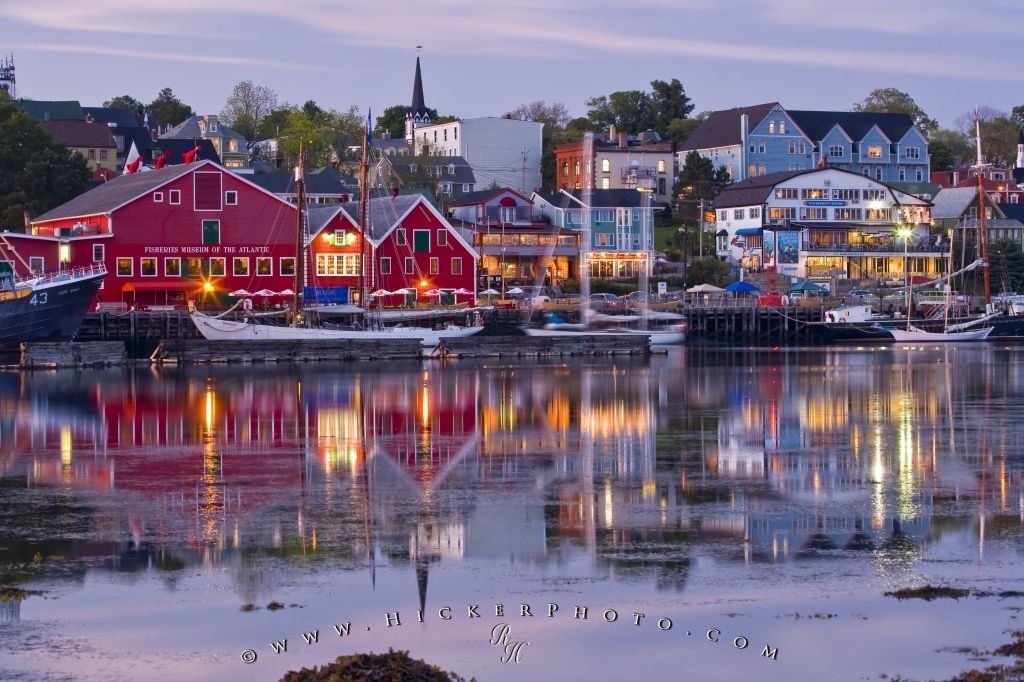 Situated on the province’s South Shore, Lunenburg is located on the Fairhaven Peninsula at the western side of Mahone Bay. It’s a rather easy destination to get to from Maine, or other New England locations. This area of Canada is great for the traveler who loves hotel accommodations, but needs to experience nature to its fullest during the day. The town is nestled along the ocean, and its unique culture of maritime and wilderness make for a nice, well-balanced experience. The historic town has a lot to offer, such as colorful galleries and shops, arranged on a tidy grid of walkable streets, or the avid fisherman can visit the Fisheries Museum of the Atlantic to understand the town’s maritime history. A nearby preserve, Indian Falls, is home to numerous walking and hiking trails, on-site privies, rock beaches, and many look-out points. Pack a lunch, and make a day out of exploring the other nearby parks for some Canadian adventures. LaHave River Trail is another enchanting place to visit. Access attracts hikers, bicyclists, ATV riders, snowmobilers, skiers, and horseback riders!

Sweeping glaciers and polar sea ice meet jagged granite mountains in Auyuittuq National Park. Located in the eastern Arctic, on southern Baffin Island, the park includes the highest peaks of the Canadian Shield, the Penny Ice Cap, and the Akshayuk Pass. The park was established in 1976, and its meaning is “land that never melts”. Whether you choose to hike, ski, or climb the peaks, this park offers camping, and also suggests experienced outdoorsmen explore this rugged, and majestic terrain. The wildlife is untouched, and beautifully adapted to its surroundings. There are fewer numbers of wildlife species in the arctic ecosystems as compared to the southern ecosystems. The arctic ecosystems include whales, colonies of seabirds, and herds of caribou. The coastal marine areas, including the northern fiords of the park, are rich in wildlife. Eight species of terrestrial mammals, six species of marine mammals, 18 species of breeding birds, and 13 species of fish have been recorded in the park area. Real outdoorsy types are often found exploring this enchanting natural beauty.